I’m a hobbyist digital artist working with My Little Pony: Friendship Is Magic and other furry art. The main medium I use is vector graphics, which retain their crispness at any scale unlike the commonly seen raster graphics while taking up less space.

My vectors are used far and wide within the MLP fandom, partly because I let anyone use those vectors and partly because I’ve been making vectors since 2012, when I joined the aforementioned fandom.

My main OC is also called Parcly Taxel. She’s a light blue alicorn with a galaxy cutie mark, serving as the head of Canterlot’s School of Magic (otherwise known as the National University of Equestria). While an alicorn OC is not very unusual, Parcly does have a windigo companion called Spindle, perhaps the only friendly windigo OC around; Spindle provides ice magic to Parcly while feeding on her emotions, both hate and love.

Parcly is also a genie, and a self-made one at that (instead of being sucked inside a lamp or other vessel against her will). Because of that, she can enter and leave her bottle/portable home, called the Albumin Flask, whenever she likes, as well as refuse wishes and grant more than three wishes to anypony. She delights in granting wishes – during her free time she often wishes herself to do the things she likes.

The reference sheets for Parcly Taxel and Spindle are shown below and link to their Derpibooru mirrors. The SVG file for Parcly's cutie mark is available here, with this link providing a high-resolution PNG export. 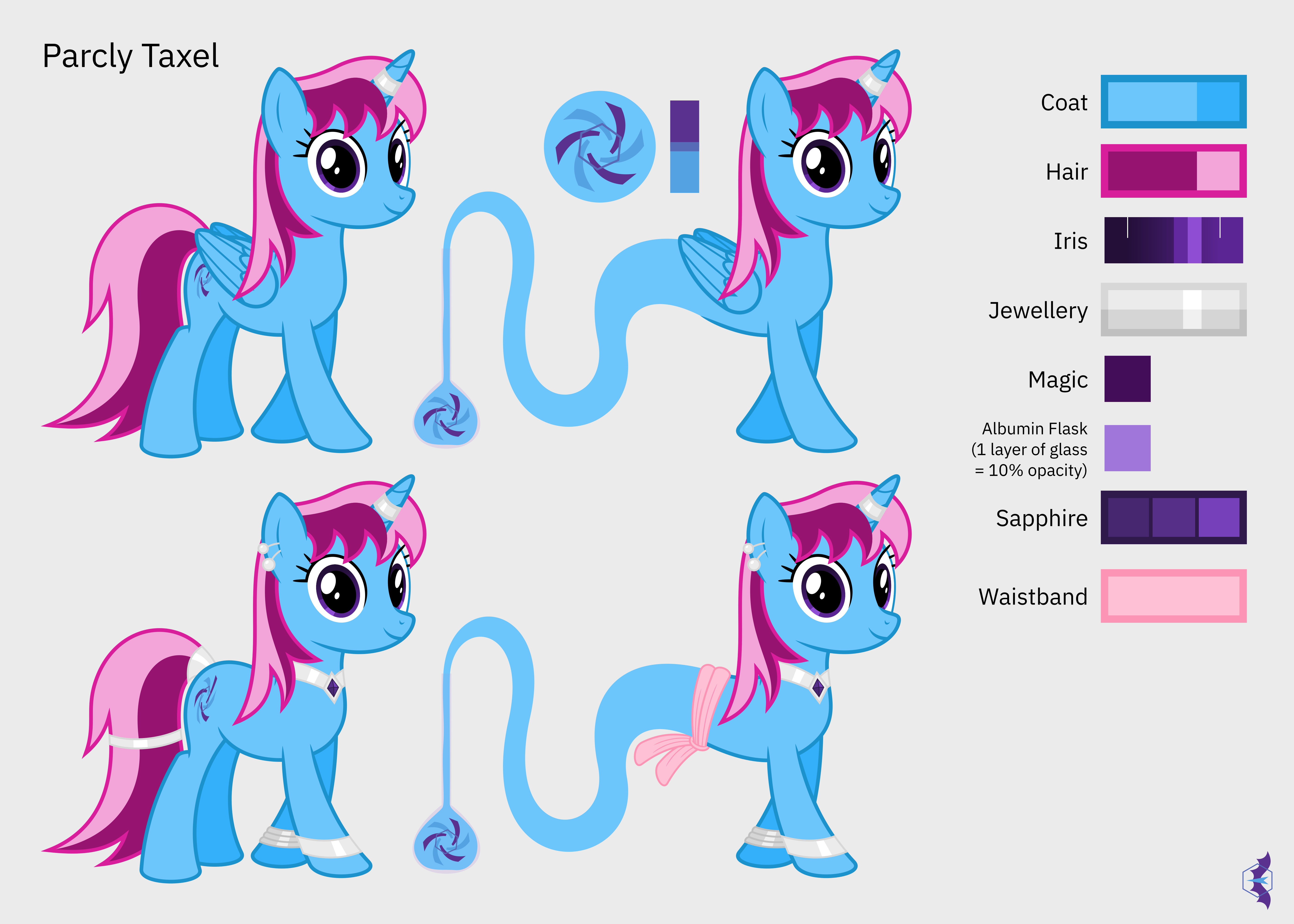 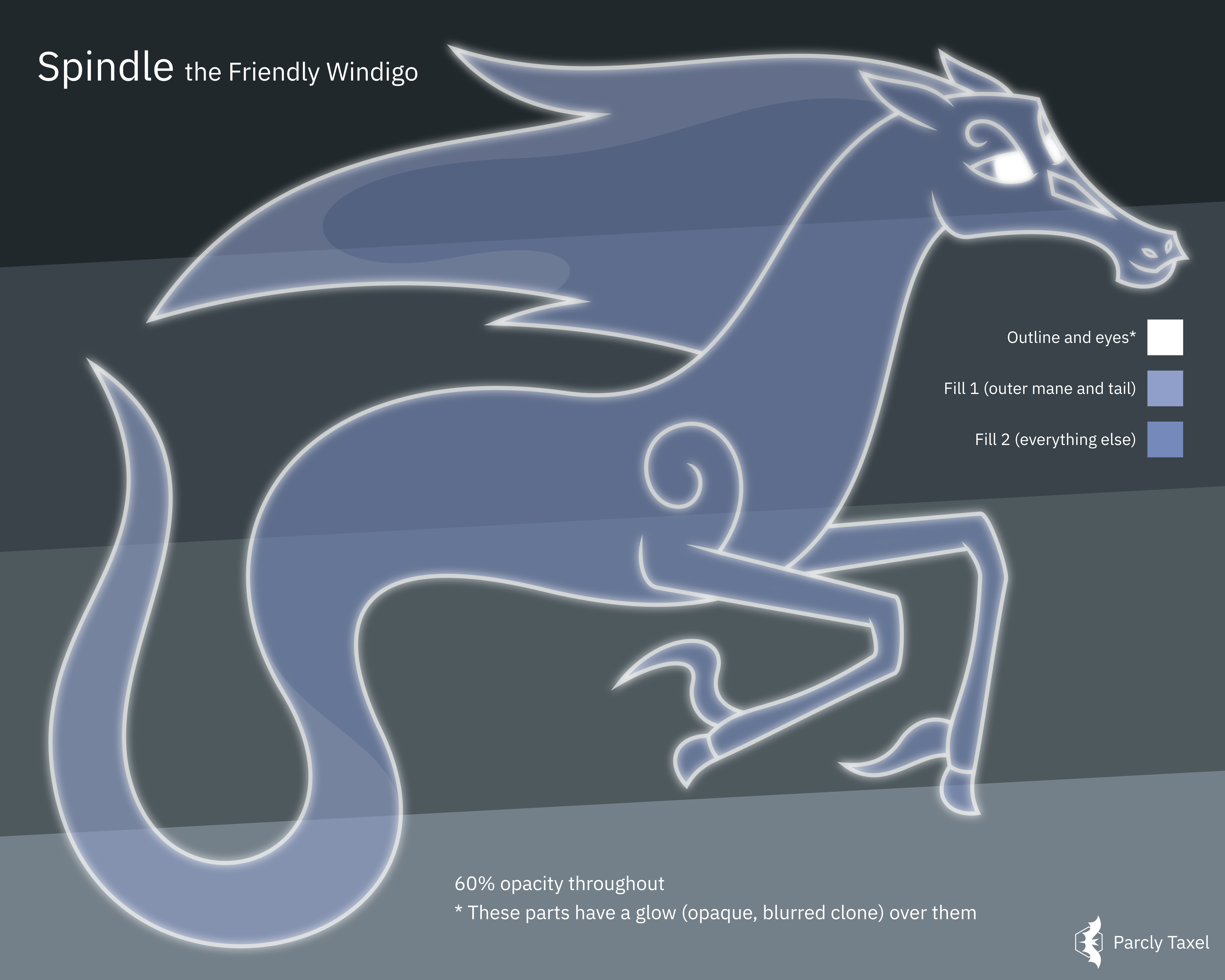 The names discussed here refer back to paclitaxel, a chemotherapeutic drug: paclitaxel binds to the spindle apparatus and prevents it from falling apart, while there is a formulation of paclitaxel that uses albumin for delivery into the cell. The picture I use as my signature and avatar is a bat pony adaptation of the cutie mark.

Sometimes I also request or commission others to draw Parcly, Spindle or both. Most of these pictures end up on Derpibooru, under these tags:

In keeping with the generous genie character of my OC Parcly, I am open for commissions! Click the image for a little more of my commission details. 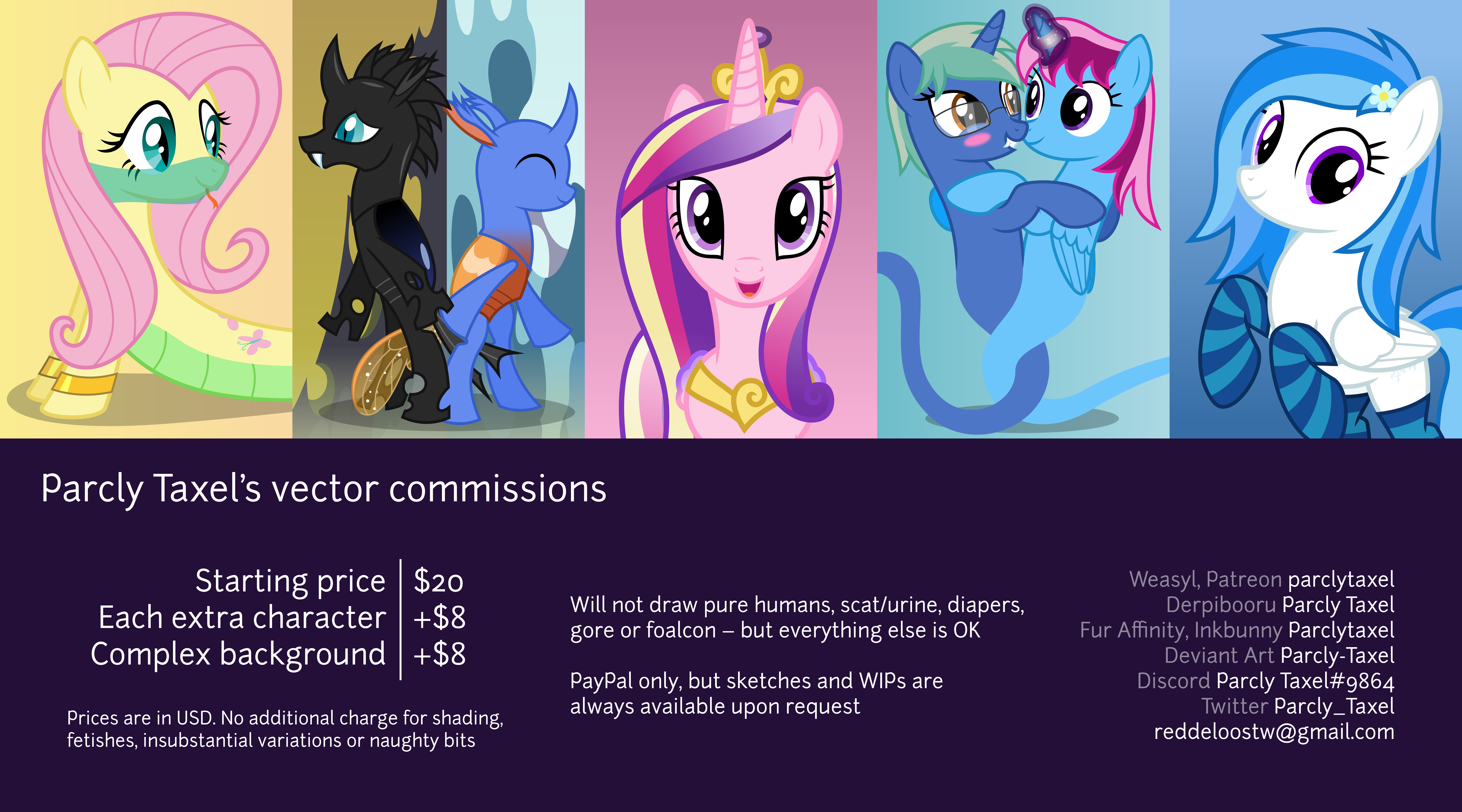 Nearly complete portfolios of my art can be found under these artist tags:

My real name is Jeremy Tan Jie Rui and I hold two bachelor’s degrees in mathematics and computer science from the National University of Singapore. I have contributed some sequences to the OEIS, such as A299695, related to the disc covering problem.

I post my art and do my mathematics in a lot of places, which leads to a lot of ways to contact me.